Second Aid Kit
For those who do not know how to administer first aid.

THE CHALLENGE
More than half of Lithuanians have no idea how to provide first ad. Even though every fifth person finds themself in a situation where they or someone else needs it. Lithuanian Red Cross wanted to draw people’s attention to the matter and generate maximum reach on a thin budget.

THE SOLUTION
We created the Second Aid Kit – a disturbing alternative for people who do not know how to provide first aid. 50 kits were mailed to corporate businesses and influencers to raise awareness and generate shock. It contained all the necessary things after a person’s death: an urn, a mortuary body bag, mourning candles, a frame for a photo of the deceased, disposable gloves and cleaning products, the contacts of a funeral home in our city, and detailed instructions on what to do with the corpse.

THE REACTION
Some were indignant, even disgusted, while others rejoiced with the courageous communicative move. Most importantly, nobody was indifferent. We considered public surprise to be the main goal of the campaign, which was reached not only with the help of influencers, Lithuanian national media, and news portals, but also by people’s organic reactions and sharing on social media
By creating the most unwanted product of the year we made people talk about death. As a means to save lives. 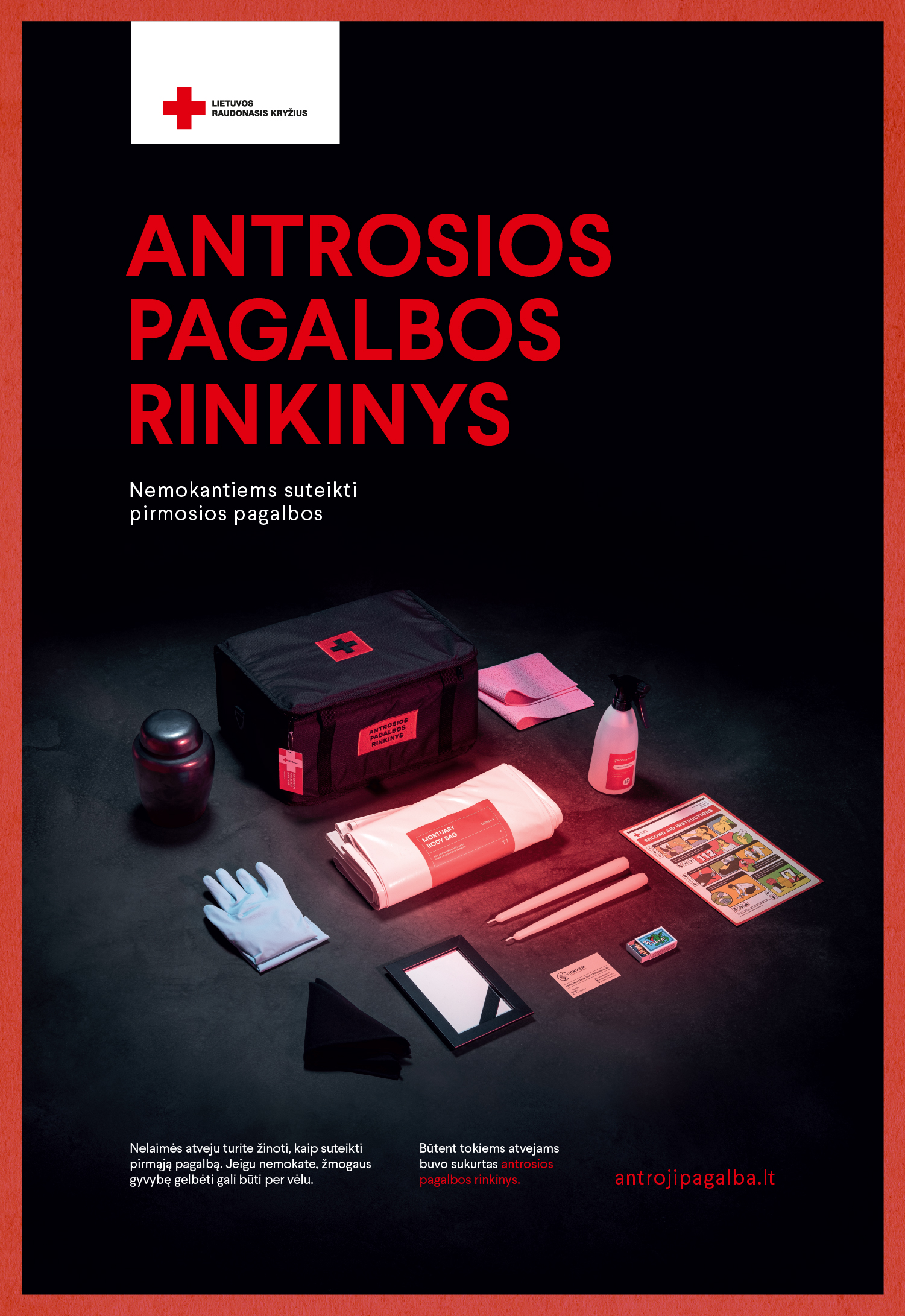 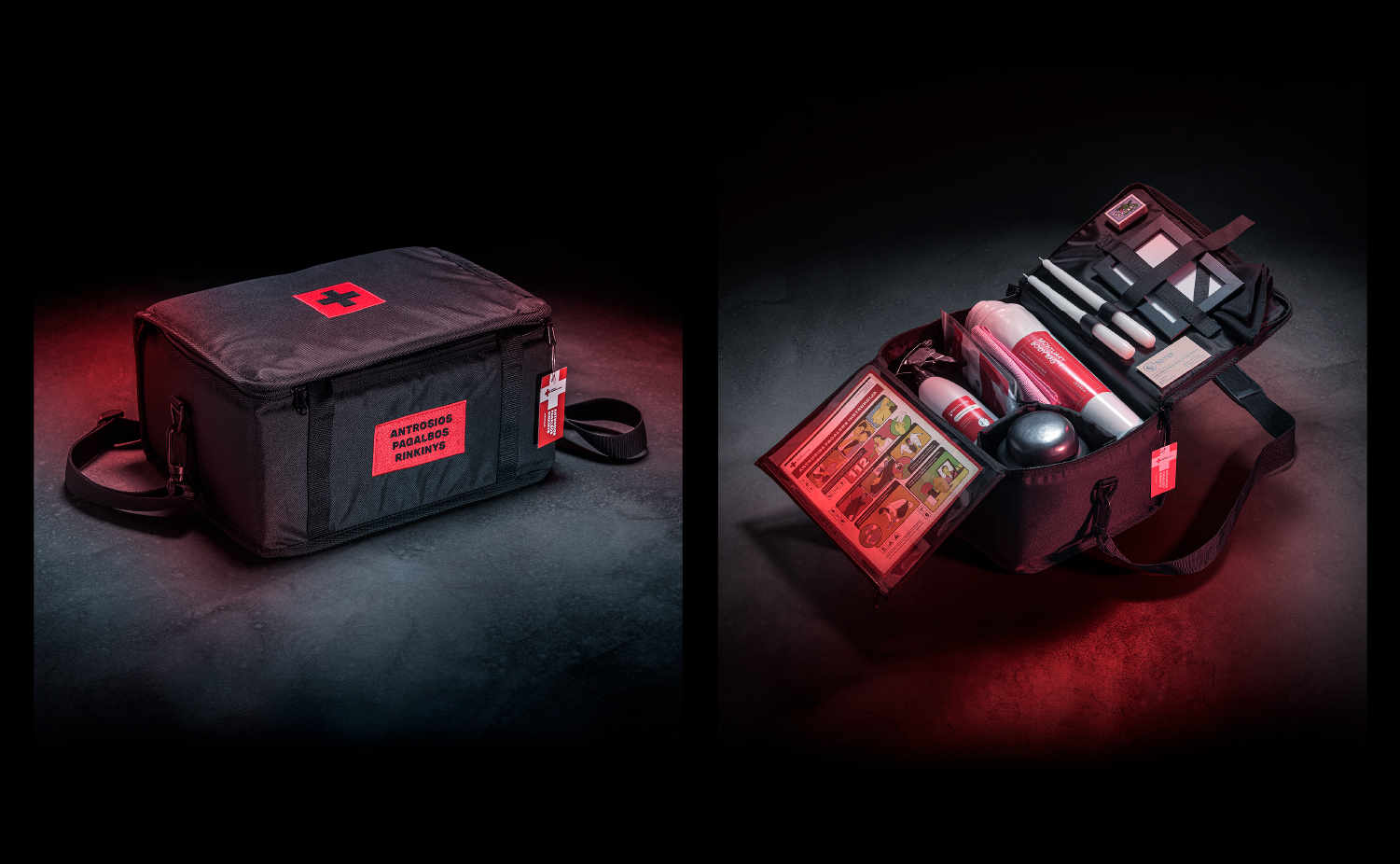 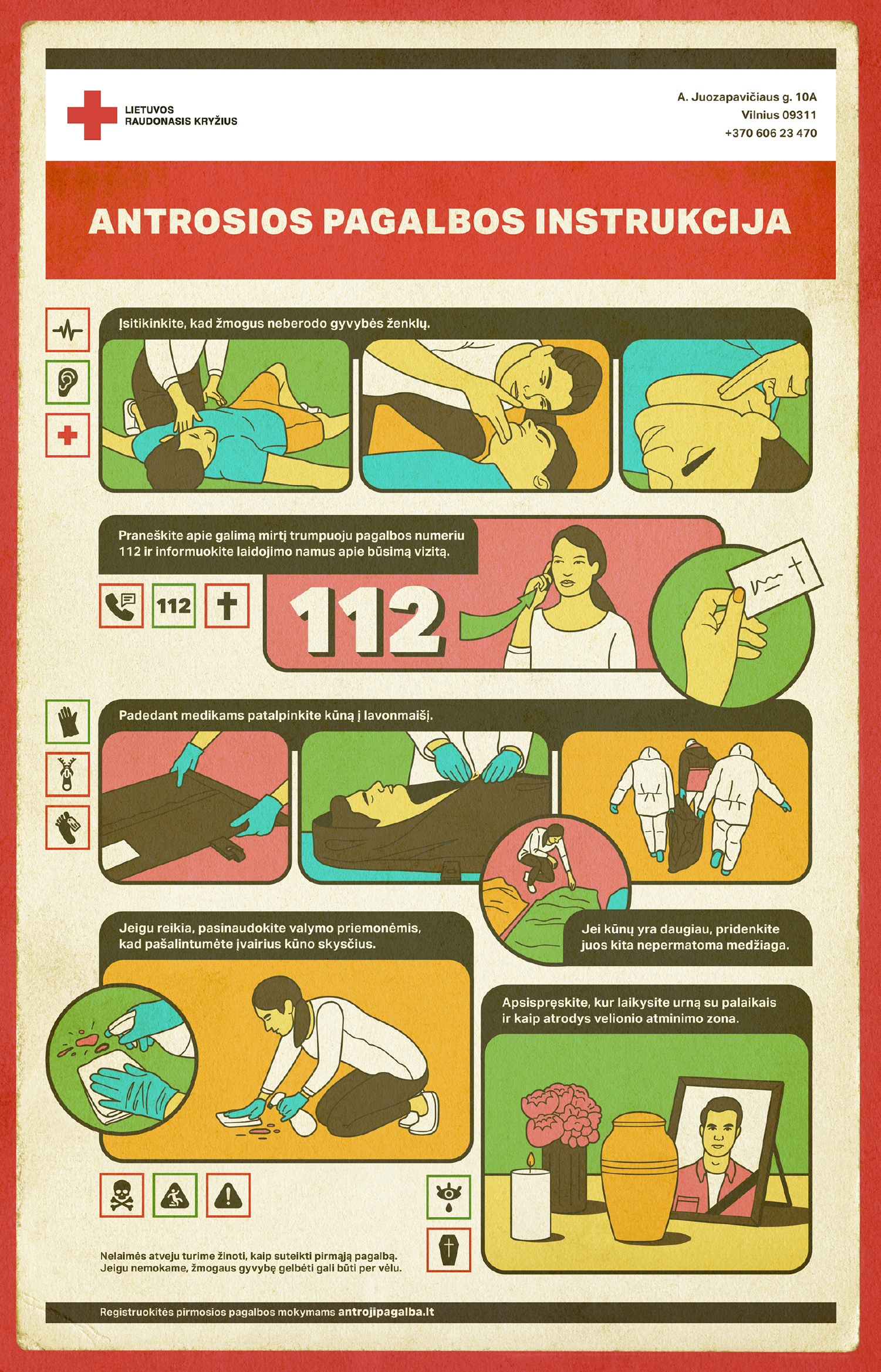