“Invisible” is the second movie directed by Ignas Jonynas. The characters in the film are people with a secret and a dark side that they hide from others. To reveal the duality of each hero, we created movie posters that contain both sides of each character.

We also created an experiment for the film’s campaign, in which we wanted to see how many people were willing to lie about for fame or do like the main character in the movie – pretend to be blind. 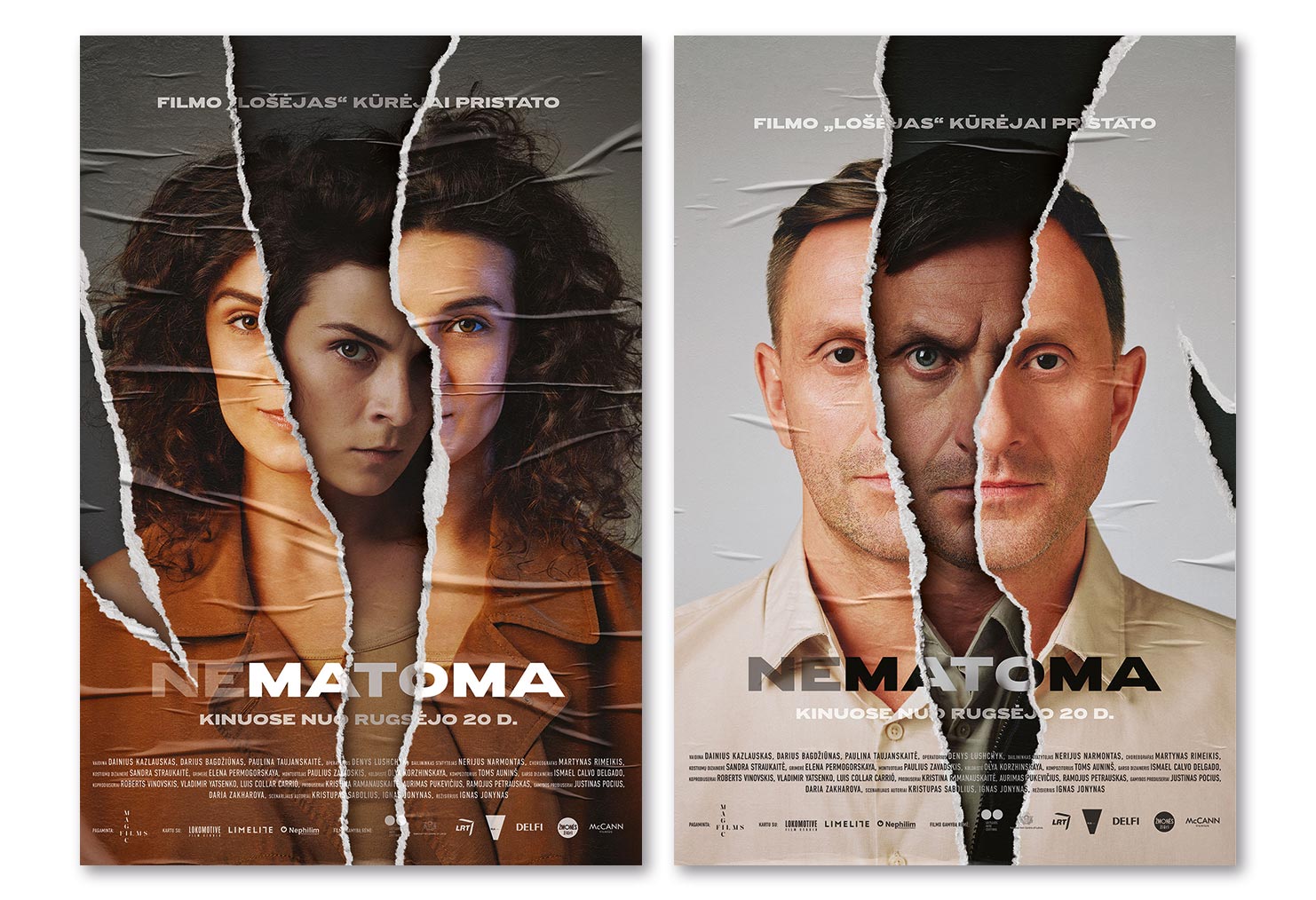 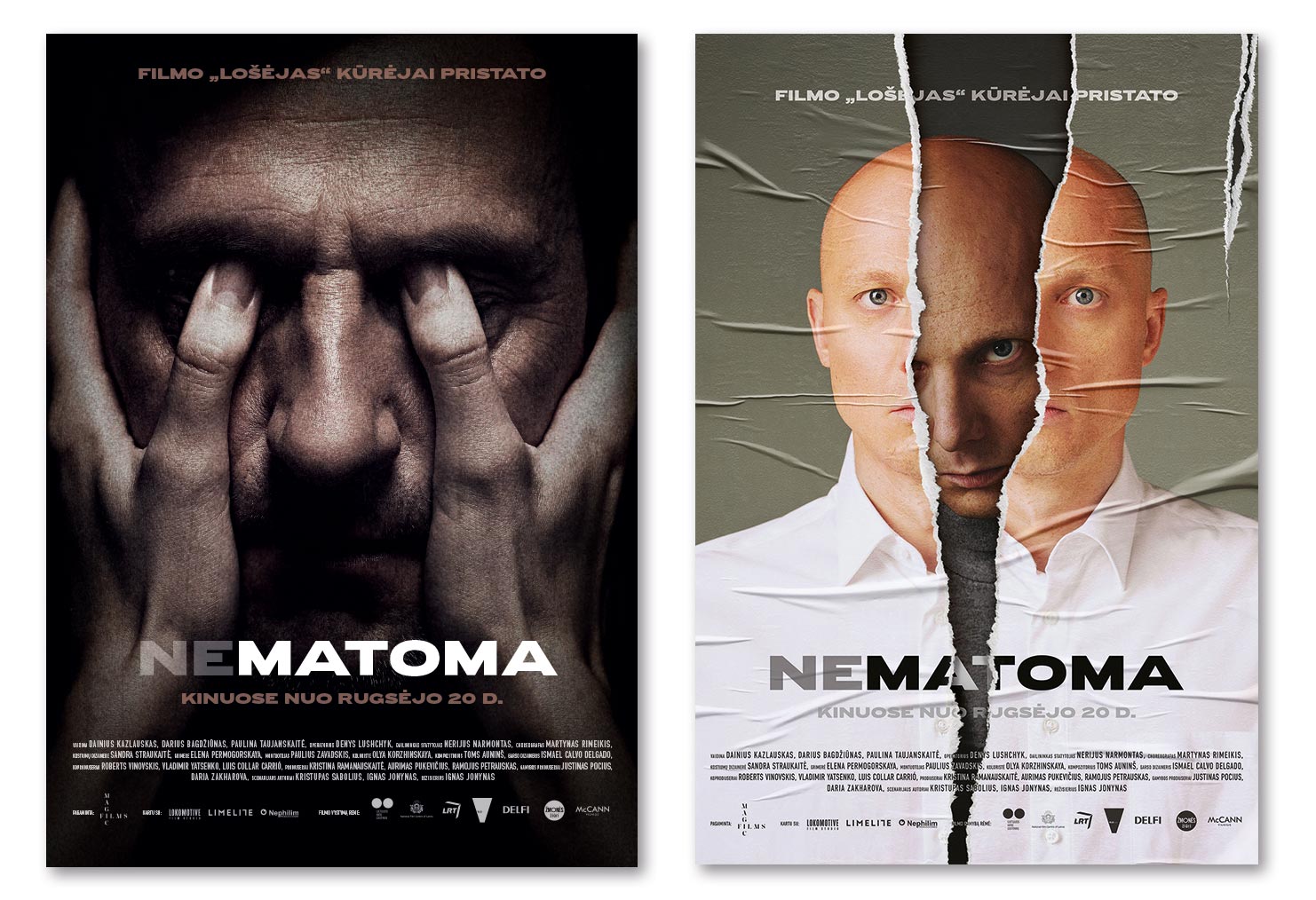