On February 24, 2022, russian President Vladimir Putin started a war against the nation of Ukraine.
Lithuanian NGO Blue Yellow has been raising money and delivering optics, drones, medicine, and other tactical equipment to Ukraine’s armed forces ever since 2014. However, with the full-scale invasion at the forefront, the NGO needed to raise money faster than ever before – because at war, every second counts.

That’s how the campaign Let your money fight was born. The message was aimed at citizens of Lithuania, who want to help Ukraine, yet lack options to support the resistance. We invited people to fight the intruders back with money, claiming that Your donation is your weapon in Ukraine. The result: since the start of the war, Blue/Yellow raised 30 million euros and counting.

However, our collaboration with Blue Yellow will not end until the war in Ukraine ends. Therefore, at the time of the 2022 Eurovision Song Contest, we created a visual for Instagram and Facebook, encouraging people to vote for Ukraine. But instead of the usual phone number of the song contest, we entered the phone number of Blue Yellow, which donates 5 euros to the organization. Thus, on May 14, 2022, Ukraine won both the Eurovision and several new cars and tactical drones. 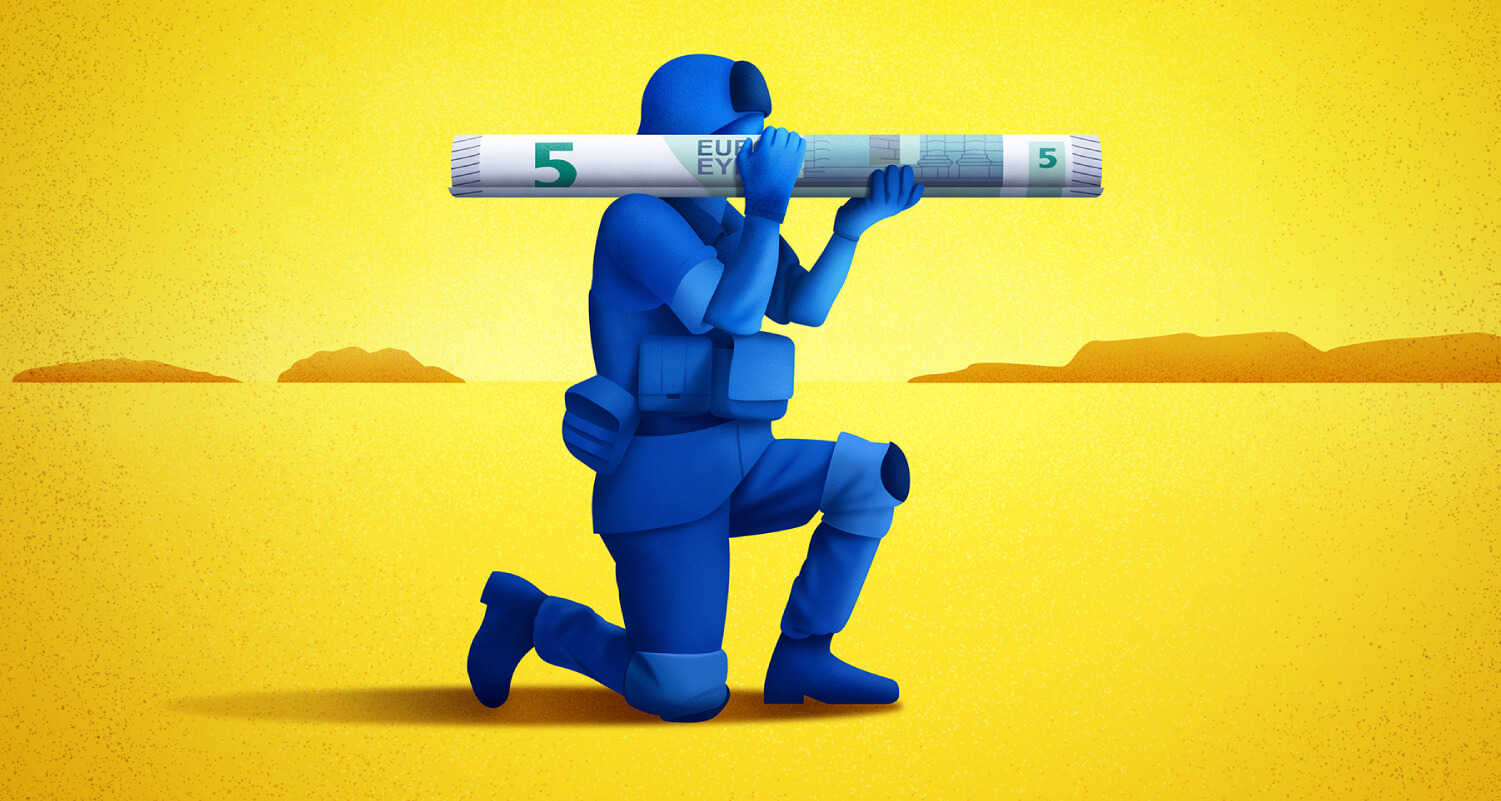 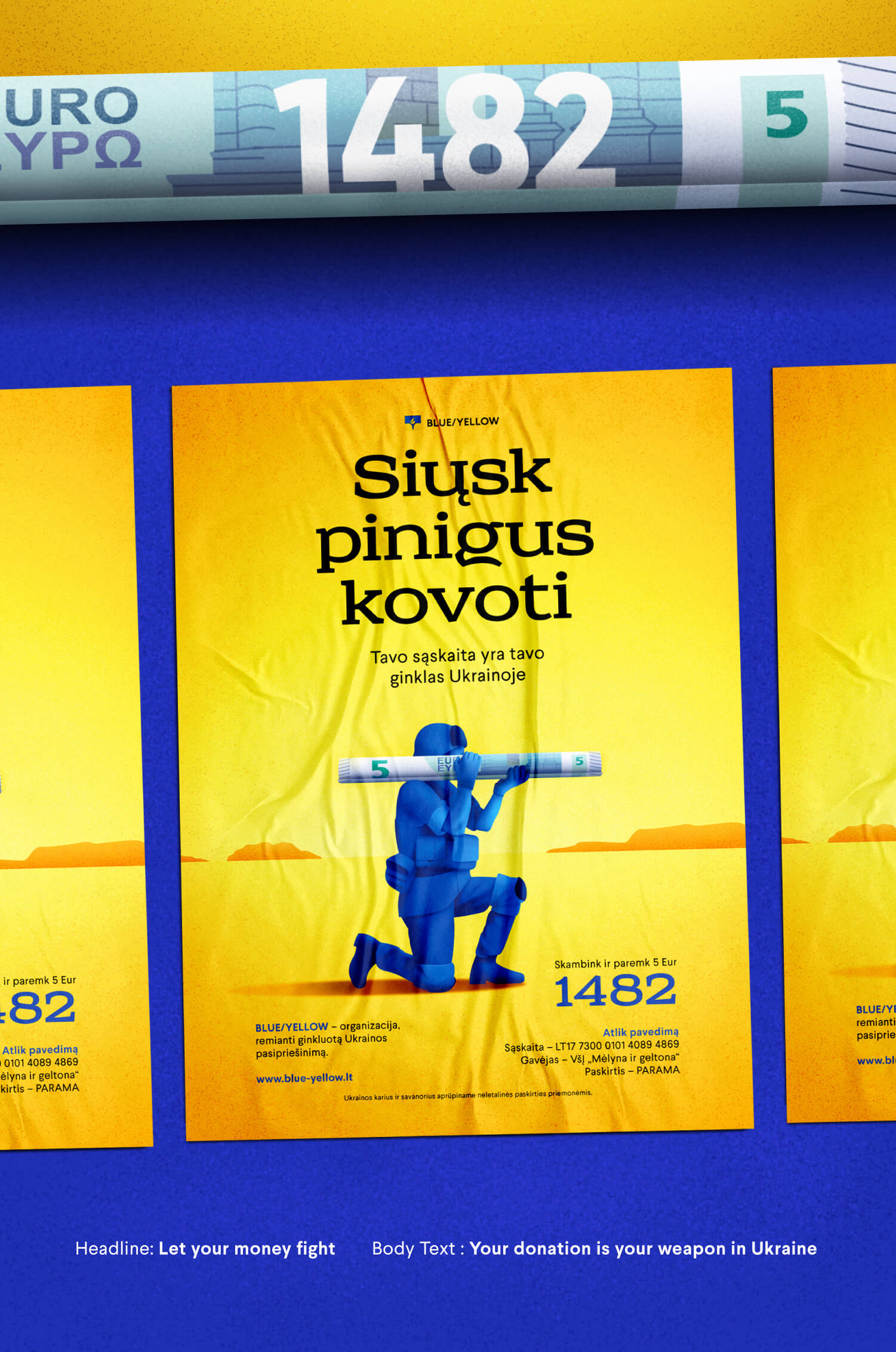 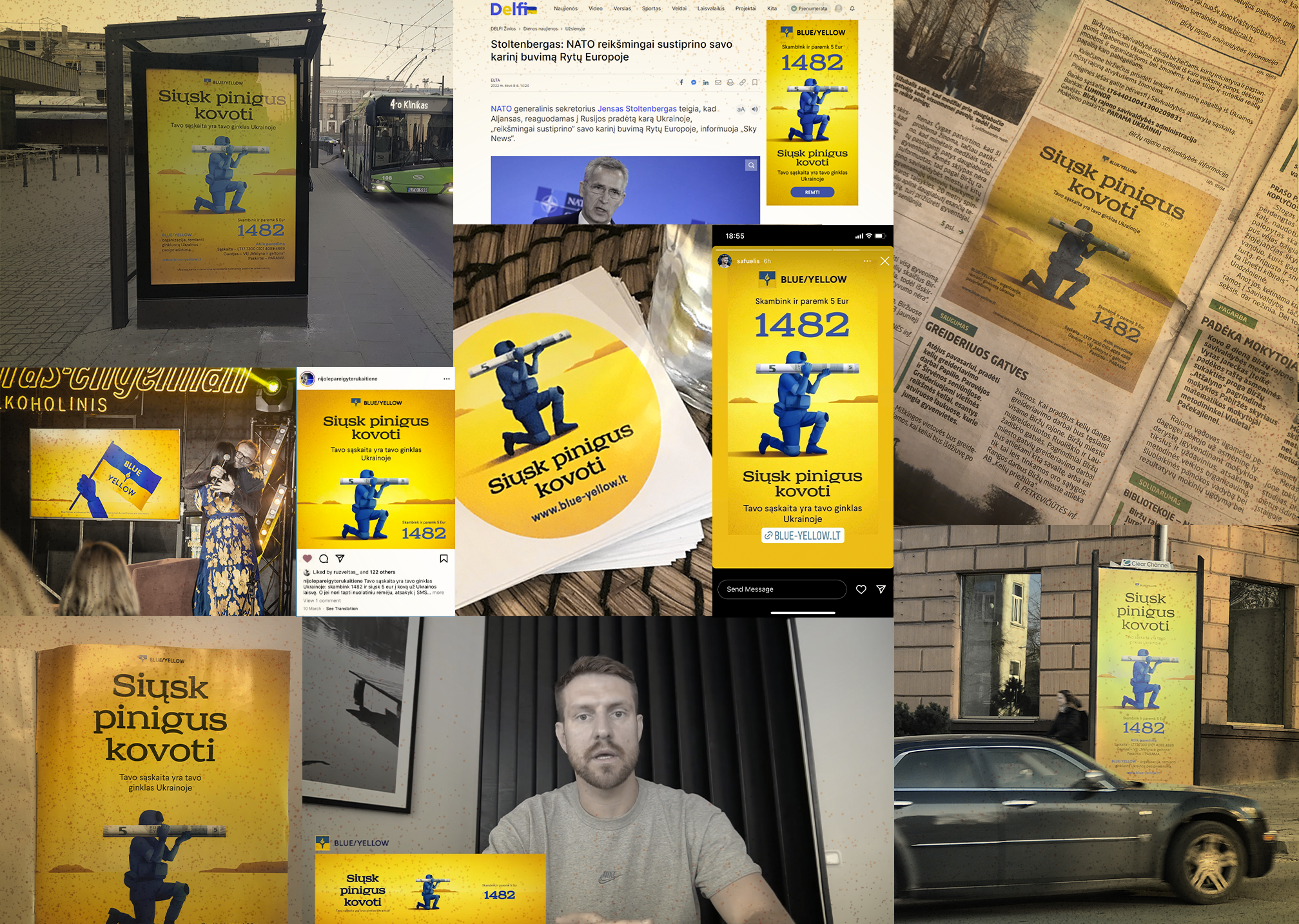 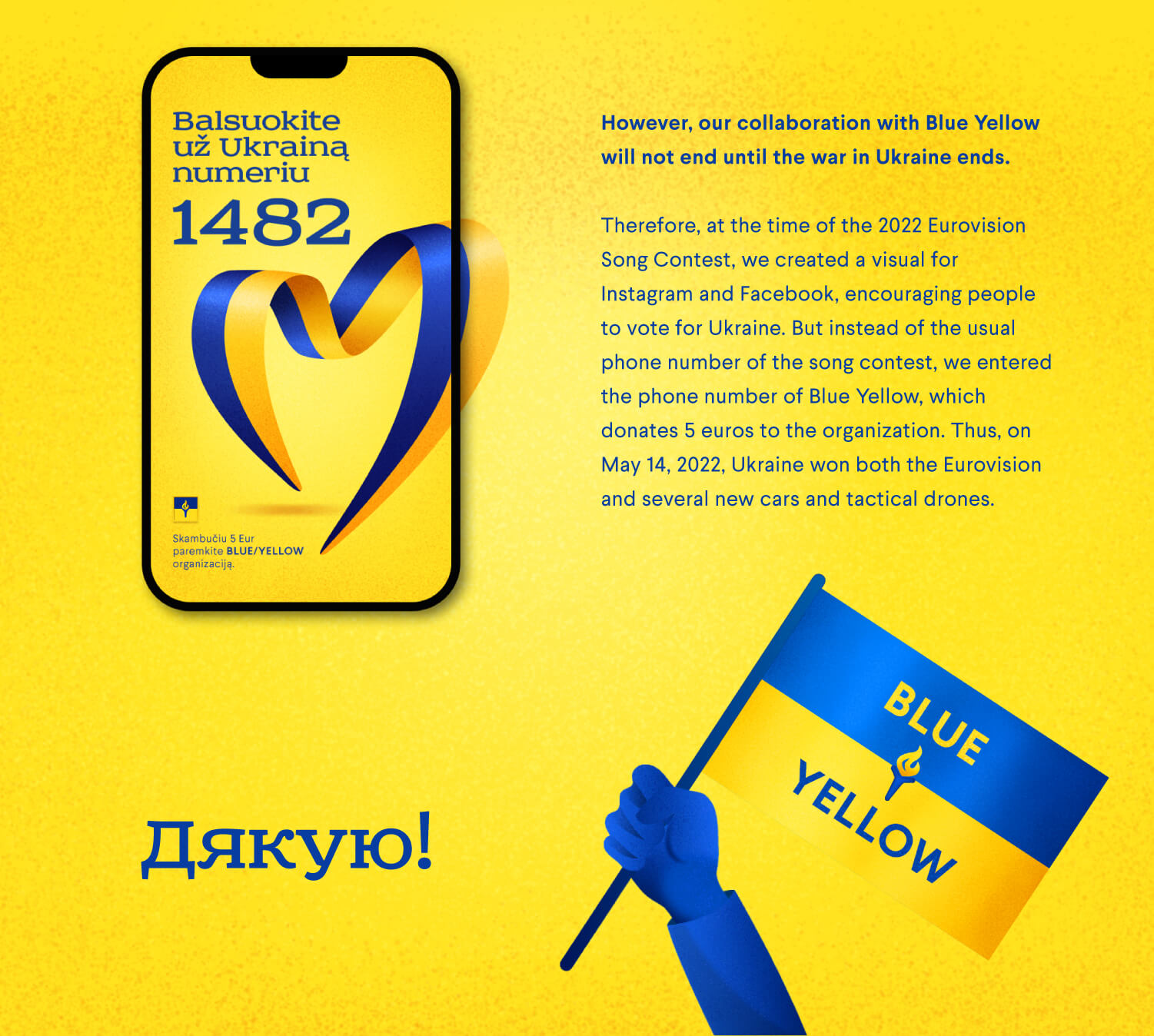